the needs of your child.

In her first year of law school, she worked as a legal intern for Kids in Need of Defense (KIND) in Washington, D.C.  Laura then worked as a Student Attorney in the UDC Low Income Taxpayer Clinic, where she represented ten clients, and in the UDC Juvenile and Special Education Legal Clinic, representing minors.  She began interning with William Poffenbarger and Chad Weddle in Frederick, Maryland in February 2013.

Laura worked at the Mississippi Center for Justice in Biloxi, Mississippi over spring break 2013, completing heir title work for the Katrina housing track.

Ms. Duncan graduated from the University

of the District of Columbia (UDC) David A.

Attorney Duncan represents criminal defendants at their initial appearance before a District Court Commissioner at the Frederick County Detention Center to determine their eligibility for pre-trial release on personal recognizance or release on bond.  She counsels each client on their Constitutional rights and advocates for a reasonable bail. 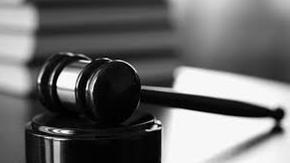 preparation of wills, and other legal matters.